As an executive search firm, we're often invited in for conversations when there are questions about an employee's performance. In having these many discussions over the years, we've gained a fair amount of expertise in diagnosing and assessing the many factors that can lead to poor performance (knowledge, skills, abilities, attributes, cultural fit, and environmental factors). And understanding these factors is often essential to do our job successfully.

One such concept is the 360 review. So if you're considering 360s for your organization's performance management, we wanted to share some research we've done on the pros and cons of the process.

1. Your ratings of other people are less reliable than you think they are. As a result, according to Marcus Buckingham (author of First, Break All the Rules), 360 survey data is always bad, because it gathers opinions. And no matter how many unreliable opinions you gather, they do not equal more reliable data. As he puts it, "... your rating reveals more about you than it does about me."

2. Peer feedback, a crucial component of the 360 review, is typically less objective than supervisor feedback. And it can also be gamed - the more consequential the feedback becomes, the more likely there could be a problem. Peter Capelli's thoughts on feedback offer more detail. One example he offers is at Amazon, where "the cutthroat culture encourages employees to be critical of one another’s performance, and forced ranking creates an incentive to push others to the bottom of the heap."

3. One of the typically cited advantages of 360 reviews is that they help people become more aware of undesirable behavior patterns. But this clear advantage can be derailed if grievances that have nothing to do with job performance enter into the process. The New York Times article 360 Reviews Often Lead to Cruel, Not Constructive, Criticism and an article from the American Psychological Association, Do 360 evaluations work? both offer more insight into how to keep 360 reviews on-track.

4. The RAND corporation did a survey for the military on 360 degree assessments which concluded that 360 reviews should not be a factor in leader evaluations. On the upside, they did say that 360 reviews could potentially be a good tool for personal development.

5. And finally, we recommend this article from SHRM, which features a balanced, comprehensive perspective on the pros and cons of 360 reviews.

So should you use 360 reviews? The only clear answer from our research is "maybe." There can be a lot of problems with them if they're not implemented correctly. But if done properly, there are some upsides to consider. The main advice we can offer is to not be hasty - if you don't like your current performance review process, it will take some deep thinking to improve or replace it with one that is more effective.

If you are struggling with an employee who is failing, you might want to read this:

Also consider that the same issues that bedevil performance reviews - too much opinion, not enough fact - can also affect the hiring process. If you don't like your performance review process, odds are your hiring practices could be as bad or worse. Our Case for Evidence-Based Interviewing goes into more detail on the risks of opinion-based decision-making. 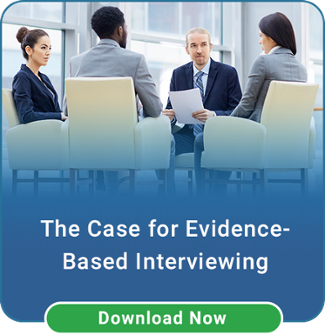 What Drives Employee Retention and Employee Turnover?
The Executive Search and Hiring Process
The Mistake in Expecting Millennials to Pay Their Dues
How to Replace an Underperforming Nonprofit Executive