Is that Rock Star Employee Getting Credit for Other People's Work?

Hiring requires you to make decisions about people you don’t know particularly well. But people-evaluation is prone to pitfalls. Although most people trust their own assessments of candidates, extensive research shows that we’re just not that good at it. We give too much credit to the individual and not enough credit to the work environment. (Pro tip: If you want to get better at hiring, you need to learn from your mistakes and stop blaming the candidate. Most people don’t understand all the factors that led to their success. Every time you hire someone and they disappoint you later, you just might have missed something in the hiring process.)

Everyone wants to hire a top performer, luring away someone else’s rock star. It’s commonly believed that high achievers in one setting will continue to be high achievers in another setting---that success follows some people from place to place. It’s an unquestioned assumption in most recruiting...and fundamentally flawed. Hiring rock stars is a risky business---just because they were a rock star employee at their last company doesn’t mean they will be for you.

Was Paul McCartney better in Wings than in The Beatles? Few people would claim he was. No one can dispute McCartney’s talents---but the genius and success of The Beatles didn’t necessarily translate into his 2nd most famous project.

Often, a star’s performance is driven by the organization he or she is a part of, far more than just the person’s innate talents and abilities. In a Harvard Business Review article, The Risky Business of Hiring Stars, researchers "studied the performance of 2,086 mutual fund managers between 1992 and 1998, they found that 30% of a fund’s performance could be attributed to the individual and 70% was due to the manager’s institution...[the] study confirmed that company-specific competencies drive stars' performance."

Back in 2013, we wrote about the career of Ron Johnson, the executive rock star who took over as CEO of J.C. Penney after successful stints at Target and Apple. Ron got credit for making Target hip, and got credit for launching the Apple stores. But fourteen months later, he was fired:

"J. C. Penney is America's favorite cautionary tale. Customers have abandoned the store en masse: over the past year, revenues have fallen by twenty-five per cent, and Penney lost almost a billion dollars, half a billion of it in the final quarter alone. The company's stock price, which jumped twenty-four per cent after Johnson announced his plans, has since fallen almost sixty per cent. Twenty-one thousand employees have lost their jobs. And Johnson has become the target of unrelenting criticism."

An organization’s culture can often make the difference between someone’s success and failure. The creative tension between McCartney and Lennon created the most successful songwriting duo ever. Without Lennon pushing him, McCartney’s Wings could never achieve the same success. Likewise, Ron Johnson’s ideas worked well at Target and Apple, but failed miserably at J.C. Penney.

As the HBR study points out---"few stars would change employers if they understood the degree to which their performance is tied to the company they work for."

Problem #2: Evaluating Your Own Employees' Performances

It’s not just outsiders who are difficult to evaluate. It’s difficult to judge the performance of our own employees. Most people believe that someone’s performance in an organization is fairly static. Once a rock star, always a rock star. And vice versa.

But performance varies far more than we give credit for. Even the best rock stars can falter---the sophomore slump is a real thing in music, so why wouldn’t it extend to the workplace?

This is partially why performance reviews can be problematic.

Wharton professor Peter Cappelli is of the opinion (and I’m inclined to agree with him), that performance reviews don’t work how we think they do.

As Cappelli points out:

"...we have preconceived notions [about performance reviews] that don’t match up to reality."

Perhaps it’s not your people that are the problem, but the process. It’s a tendency that is epidemic in performance assessment. If one position or department has a chronic rate of turnover, the tendency is to blame the person for not working out. Much less rare is the tendency to assume that they were struggling against an impossible obstacle. To consider that perhaps they lacked the right resources, or had a manager they couldn’t work with. Perhaps they were a poor culture fit for your organization---despite having been successful elsewhere.

There’s also the positive inverse---perhaps you took a chance on hiring someone you weren’t sure about, and they ended up being great because your process worked well with their abilities. (Perhaps your assessment of their abilities was due to their last organization’s lack of process.)

"Perhaps the biggest surprise for many was that there was little evidence that good performers in one year would be good performers the following year. Knowing one year’s scores across the employees explained only one-third of the next year’s scores across the same employees. Changing managers didn’t appear to have any consistent effect on scores, contrary to the view that supervisors get cozy with subordinates and give them higher scores over time. There is no support for the simple idea that the workforce is made up of good performers who tend always to be good (A players), poor performers who tend always to be bad (C players) and another group always stuck in the middle (B players). Certainly there were employees who performed poorly over time, and they tended to get fired. But the notion that the appraisal score in any given year should be the basis for long-term outcomes—such as poor rankings leading to dismissals, as was the way at General Electric Co. under Jack Welch---has no support in these results."

So, how do you avoid a J.C. Penney-esque debacle of hiring an outsider rock star? Use a proper interview structure that gets to the "why" of someone’s success. As we wrote in Interviewing: Are They an Effective Executive or an Empty Suit?:

"Anyone can answer the question, "Tell me about your greatest achievement." But the gold is how you follow up on their answer.  "How did you achieve that? What roadblocks did you overcome? Who else was on your team? What was your role on the team? What decisions did you make in the face of uncertainty? What mistakes did you make? What did you learn from your mistakes? How did you measure your success?"  That's where the juice is. You will immediately see that the Effective Executive is much more concrete and tangible in their answers. More thoughtful. Their heads are full of metrics that they use to measure their own progress. They give ample credit to other people on their team, and often sound quite humble about their own role."

This is how you better separate someone's successes from their past employers', and determine if their approach could also fit into your own culture. (This is why getting beyond the resume is vital---resumes don’t tell you anything about cultural fit.)

A related aspect of this (which applies to internal performance reviews as well) is to cut someone some slack for their career setbacks. No one is perfect---perhaps the job they picked for all the right reasons ended up being a horrible career move for all the unexpected reasons. Expecting your rock star candidates to only produce magic means overlooking the perfect fit for your organization...because of some small failure that is completely irrelevant to how your organization runs.

Hopefully you found this post useful. If you did, you are welcome to learn more about the executive search and hiring process in our Resource Center. 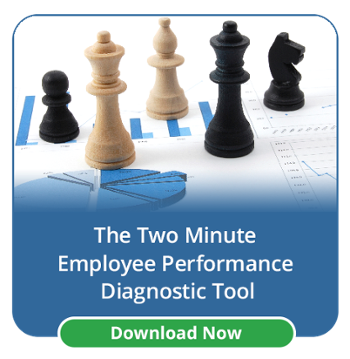 Are 360 Reviews Actually Good for Performance Management?
What Drives Employee Retention and Employee Turnover?
The Executive Search and Hiring Process
The Mistake in Expecting Millennials to Pay Their Dues
How to Replace an Underperforming Nonprofit Executive